Fungal infections can affect the whole body. It is normal for fungi to be present in and on the body alongside various bacteria.

Only when a fungus begins to overgrow or can easily penetrate the skin or nails though a trauma or opening, it could become an infection.

Onychomycosis, also called Tinea unguium, is a fungal infection that affects the finger- or toenails.

Fungal infections are known to develop over time and any immediate difference in the way the nail looks or feels is often therefore to subtle to notice at first. 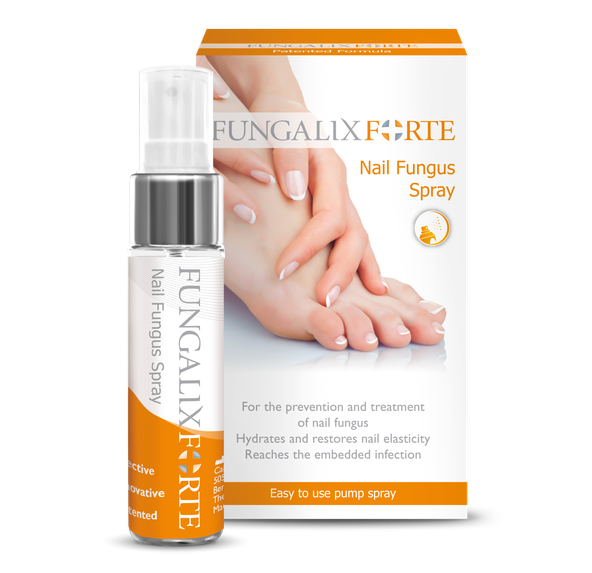 According to the International Society for Human and Animal Mycology (ISHAM), Onychomycosis is an invasive fungal infection of the nails, regardless of the cause. The infection occurs on the finger- or toenails and is responsible for about half of all nail abnormalities. The risk of this infection increases at a higher age.

The estimated prevalence of Onychomycosis is greater than 10% in the general population and 40% in the elderly, probably due to a lower immune system, lower activity or the inability to maintain good foot care.

Currently the percentage in younger people is increasing due to food habits, sports and over use of water.

Research shows that the majority is caused by dermatophytes, while yeasts and NDM’s cause only about 10% of all onychomycosis worldwide.

Dermatophytes are fungi that require keratin for growth. These fungi can cause skin, hair and nail infections.

Dermatophytosis are referred to as ‘Tinea’ infections. Dermatophytes are the most common fungi in humans. They are filamentous fungi that can break down and use keratin as a nutritional basis.

One finds them worldwide. Dermatophytes can be subdivided into the following three genera:

Non-Dermatophyte Onychomycosis (NDO) is caused by hyaline and dematiaceous filamentous fungi, commonly found as saprophytes or plant pathogens (plants and food). Unlike dermatophytes, they generally do not survive on keratin.

They live on the unkeratinized intercellular cement of the host tissue and must benefit from the previous keratin destruction by dermatophytes, trauma or other nail diseases or abnormalities. For this reason, they are sometimes considered to be secondary nail plate invaders.

Although the list of NDM species that are occasionally isolated from nails is quite long, only a few are regularly identified as true causes of Onychomycosis. These include Candida, Scopulariopsis brevicaulis spp., Fusarium spp., Acremonium spp., Aspergillus spp. and Scytalidium spp.

As mentioned above there are different caused of fungal nail infections but there is a lot people can do as prevention. Some risk factors increase the likelihood of letting invaders in.

People are more likely to develop a fungal nail infection if they have the following problems:

1. have diabetes
2. poor circulation
3. age over 65
4. wear artificial nails
5. go to public swimming pools
6. have a nail injury
7. have a skin injury around the nail
8. have moist nails for an extended time
9. have a weakened immune system
10. are pregnant
11. wear closed shoes (especially plastic or working shoes)

To be a 100% sure if there is a fungal infection, a sample of the nail can be tested. A podiatrist or GP offer these kind of test methods.

Sometimes a psoriasis nail or a nail with other nail abnormalities can present itself as a fungal infection.

1. a distorted nail that may lift off from the nailbed
2. discoloration
3. a brittle or thickened nail

Visible signs of a fungal nail infection include:

if you also notice an odor coming from the nail, this could point to a bacterial infection. This could be combined with a fungal infection or not.

A nail takes time to grow. About 6-8 months for a fingernail and about 12 months for a toenail. The treatment of a fungal nail will therefore also take time.

After 6 to 12 weeks the first results are visible in case of a treatment with Fungalix Forte. The end result could take 6 up to 12 months.

Fungalix Forte as a treatment

Fungalix Forte Nail Spray is a patented formula for the treatment of onychomycosis or fungal nails.

Fungalix forte is easy to use and hygienic because of its spray form. Use Fungalix Forte twice a day.